Has BDS lost its Credibility by Showing its’ True yet very Ugly Agenda? 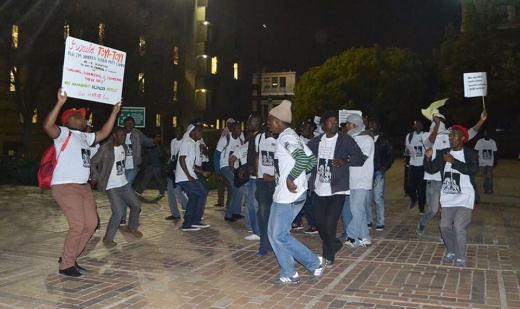 In the wake of the Wits protest that took place on 28th August 2013 against the Daniel Zamir concert, many people across the world, Jews and non-Jews alike, were shocked when a number of BDS protestors and its’ affiliates sang “Dhubule iJuda” – in English, “Shoot the Jew.”

The song which is based on the Apartheid struggle song, “Shoot the Boer” was deemed as hate speech by Judge Collin Lamont in the Southern Gauteng High Court in September 2011. Judge Lamont made it clear that this song is racist, unethical and goes against “a number of local and international laws” that protect human dignity.

However, despite the blatant Anti-Semitism shown by these protestors, BDS South Africa’s Commander-in-Chief Muhammad Desai defended the song by stating that “the whole idea anti-Semitism is blown out of proportion.” Desai claimed that they did not literally mean “Jews” when the song was sung. Furthermore he stated that “just like you would say kill the Boer at [a] funeral during the eighties [and] it wasn’t about killing white people, it was used as a way of identifying with the apartheid regime.”

It was only after Desai’s defence of this Anti-Semitic song almost two days later that top BDS members began to distance themselves from this song; until then, not a word of condemnation was said by any BDS member or leader. Furthermore it took the BDS-SA movement five days to release a statement condemning this racist act. The lack of immediate condemnation and distancing makes it very clear that a large portion of BDS-SA is in-fact focused on, as SAJBD National Chair Mary Kluk said, inciting “hatred, and possibly even violence, against Jewish South Africans.”

The fact of the matter is; this incident has proven that in today’s day and age members of BDS and the like do not differentiate between Judaism and Zionism and moreover they are not taught to do so. In fact they are encouraged to see it all as one in the same – in both the members and their leader’s eyes. If members of BDS defend racial slurs like “Shoot the Jew”, then how much more so can we accept these slurs to start being accepted in society. It is clear that Anti-Semitism is blatantly back and it is rearing its’ ugly head through organizations that claim to be focused solely on Human Rights.

On a more positive note; reports that members of BDS who were planted in the Wits Great Hall to disrupt the concert were seen clapping, dancing and enjoying the concert together with the other 1100 patrons. The Daniel Zamir Concert can be described as a wonderful and inspiring event by all who attended. Daniel Zamir and his Jazz Quartet are known Peace Activists who, throughout the concert, continuously chanted “Peace, Love and Unity.” During the concert Zamir also called for “love of all humanity.” 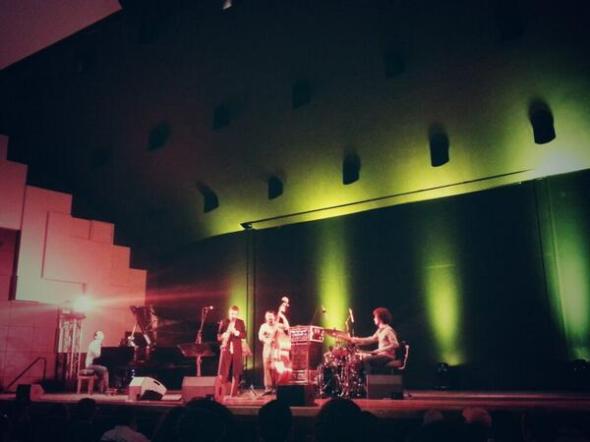 Posted on September 8, 2013, in Politics, University. Bookmark the permalink. 1 Comment.